Want to start trading, but simply don’t know where to begin? We’ve put together a guide on how to get started. Learn how to get into trading and get ready to trade with us.
> Education >  Candlestick Patterns

When conducting technical analysis, it’s often advisable use more than one signal, pattern or indicator to inform your trades. The markets don’t always follow chart patterns, and every potential breakout could turn into a fakeout. So, the more signals indicating that a market will move in a certain way, the more confident you can be that the market is likely to behave in that way.

Candlesticks are particularly useful, as their shape can give you clues as to the balance between buyers and sellers. Some types of individual candle are so distinctive they have their own names:

Large body, very little or no wick. This candle shows that the buyers have pushed the price up significantly from open to close. 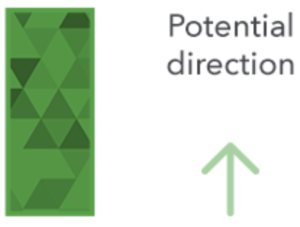 A very bearish candle, showing the sellers are completely in control. 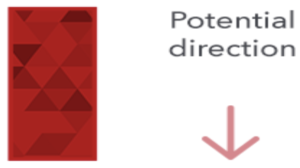 These have small bodies and wicks that are roughly the same length above and below. They tend to indicate indecision in the market, and are often seen during periods of consolidation following an uptrend or downtrend, or at market tops and bottoms.

Also frequently signifying indecision, these have almost no body at-all – meaning the opening and closing prices for that candle are identical (or at least very close to each other). The wicks can be any length in either direction.

A doji is typically seen during consolidation and market tops or bottoms. It can also indicate that a trend is about to reverse, as the convictions of buyers or sellers driving the market weaken.

When seen during a downtrend, this candle can signify the market is about to go up.

For a particularly strong signal, the lower wick of the hammer must be at least twice as long as the body and there should be little or no upper wick. The colour of the body is not especially important, but green hammers tend to be more bullish than red ones.

A similarly bullish candle which when seen in a downtrend can signal that the market is about to move higher. The only difference to a standard hammer is the upper wick is long while the lower wick is very short (or non-existent).

The same shape as a hammer, also signifying a reversal, but this time formed during an uptrend. Again the colour isn’t particularly important, but a red candle tends to be more bearish.

Another reversal candle occurring during an uptrend. Same shape as the inverted hammer.

Just like chart patterns, multiple candlesticks can also form recognisable patterns that often signify the market will move in one way or another.

A red candle immediately followed by a larger green candle, suggesting a strong move upwards. The second candle’s body is so large it engulfs the former candle.

This time a smaller green candle is engulfed by a larger red one – signifying a strong move lower.

A reversal pattern occurring during a downtrend. A tweezer occurs when two candles find support at the same level and begin to reverse. The first candle is red, while the second candle is green.

The opposite of tweezer bottoms, indicating the reversal of an uptrend. Here two candles hit resistance at the same level, the first being green and the second red.

A three-candle pattern indicating a reversal in a downtrend. The first candle is red, the second a spinning top or a doji, and the third is green. Traditionally the ‘star’ should gap lower on entry and then gap higher on exit into the third candle. However, 24-hour markets typically have few gaps so traders tend to ignore this requirement.

The bearish version of the morning star, beginning with a green candle and ending with red. This indicates the reversal of an uptrend.

A very strong bullish signal occurring after a downtrend reversal. Consists of three green (or white) candles with large bodies and small wicks.